Pros and Cons of Buying an Electrical Van

Reasons for and against buying an Electrical Van

There are more electrical vans on offer than ever before and this market is expanding consistently due to new ambitions to be environmentally friendly. We have found a few reasons for and against you should consider before purchasing these new green machines.

A reason for investment within eco-friendly vans is the noiseless engine. This acts as a consistent reminder that there’s no Co2 coming from the exhaust so you can travel from job to job knowing you’re not participating in global warming. This is an important returning topic when discussing the future of motors.

Despite this, the cleanliness of electric isn’t as environmentally friendly as advertised. It takes roughly 8 hours to charge a battery of a van which makes it ideal for a certain mileage. The electricity used is made from the mass burning of coal in power stations, which is equally damaging to the atmosphere.

Customers will take notice of your eco-friendly stance, shown by your care for global warming. Your very visible but not very loud van shows off your green credentials and demonstrates your care for the environment and is guaranteed to impress your clients.

This is all well and good, but this is only impressive if you can make it to your destination. Electrical cars aren’t known for their long-distance journeys which can limit how far you can go. You’ll have far less distance covered from a full-charge as you would a standard tank of diesel. Making sure you can travel distances to open up opportunities is key to expanding any business.

These vans are cheap to buy and even cheaper to run! Nissan’s e-NV200 is the marketplace leader in the expanding electrical van market. When the van was made available in the United Kingdom last year, the starting level Acenta version was made available at an eye-catching £13,568. With a £61 per month battery rental fee, this is a detrimental factor as it will cost £16,737 to own the battery outright without split up payments. That’s roughly similar to a diesel-powered version. The government will even pay twenty percent of an electric van’s value, up to £8,000. Which lowers the significant asking price as the government aims to make a more environmentally friendly society. This partnered with low servicing costs makes the electrical van stand out from its diesel chugging competitors.

With an initial investment, comes major risk and resale prices will plummet after small usage. For example, the Nissan Leaf shares underpinnings with the e-NV200. Being sold second hand for half the list price just a year after going on sale, it shows the dramatic drop in value over a short period of time. It could be a good idea to snap up a second-hand deal when the market matures, making significant savings in the process.

To wrap it up, electric vans have many compelling reasons for consideration, particularly if you operate in an urban area. Waiting for technology to evolve is an option that will benefit you, as the electronics will only improve. Every year these vans expand their efficiency and cost-effectiveness. In contrast to this, reliable diesel vans are cleaner than ever making it hard for consumers to make the switch. It might also be worth waiting for a hybrid van, which has both a diesel and electric motor. This arrival on to the marketplace will have the best of both worlds and would minimise the negatives of electrical and fuel driven motors. 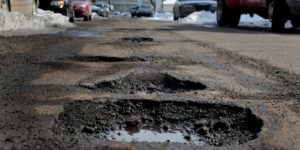 The Problem With Potholes

With a constant increase in van sales, incidents with vans are becoming more regular, whether it is in the owner’s hands or not, more can 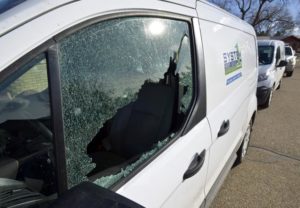 Vans are full of property needed to keep tradesmen working and without these essentials, people will struggle to support themselves. Vans get broken into every

Quick and simple tricks for basic DIY on your van

Van repairs and maintenance can be a costly way to repair small problems with your van, especially when they can be fixed easily without paying